Approximate Bayesian computation (ABC) is a powerful parameter inference method using an accept-reject process which bypasses smartly the likelihood evaluation. To apply ABC, the model needs to be stochastic. It also requires the choice of a distance $|x-y|$ and a tolerance level $\epsilon$.

How does ABC work?

Given an observation $x^\mathrm{obs}$, the ABC algorithm processes the following steps: 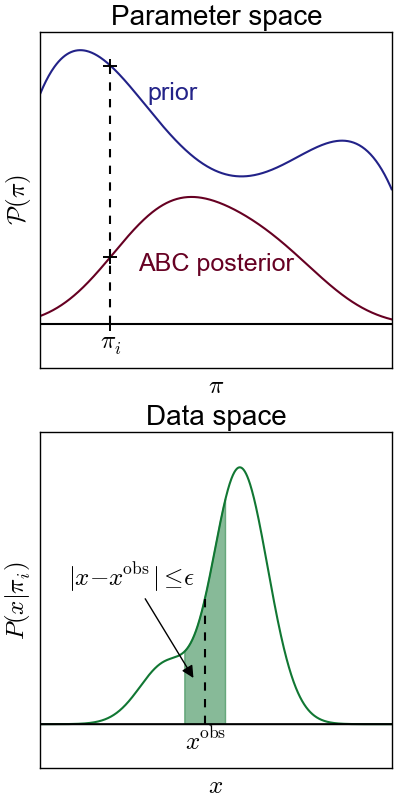 If $\epsilon$ is too large, the approximation is bad; if $\epsilon$ is too small, then the sampling will be inefficient. To solve this problem, ABC is often combined with the population Monte Carlo (PMC) technique, an iterative solution for the choice of $\epsilon$. PMC ABC decreases $\epsilon$ gradually to converge the constraints.


Applying the PMC ABC algorithm on weak-lensing peak counts, we have found a very good agreement between constraints from ABC and the Gaussian likelihood. In addition, ABC has reduced the computation time by two orders of magnitude. 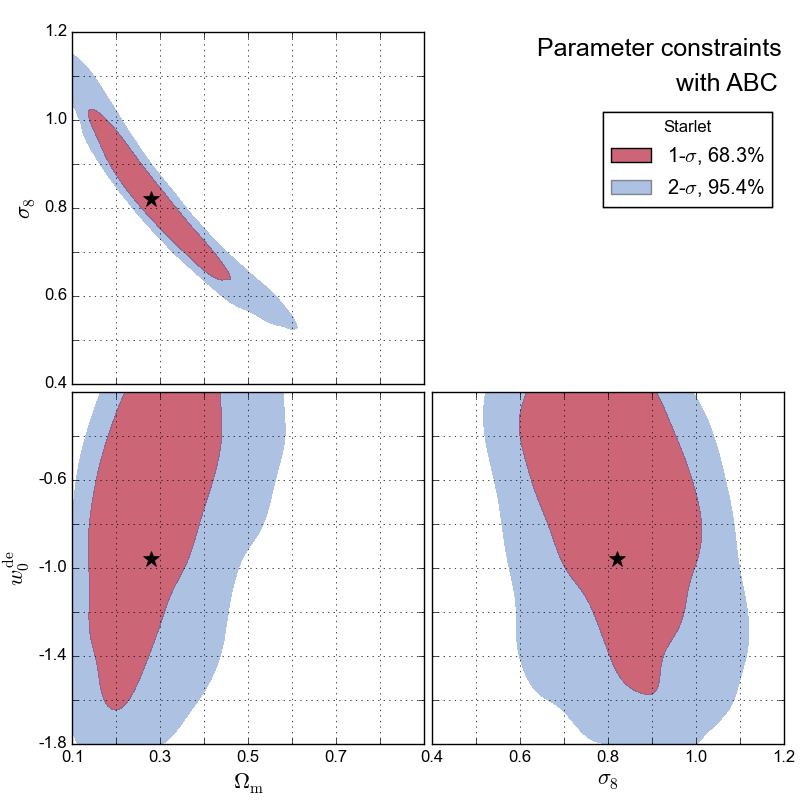